This article is the first in a series of articles featuring the major players and initiatives of the GDS.

Since Expo 67, Montreal has established itself as a leader in the world of international design. The city was named UNESCO City of Design by UNESCO’s Creative Cities Network (RVCU) in 2004.

Through two calls for proposals, the Summit launched a challenge for entrepreneurs in the design world: to propose an innovative idea or action to foster the emergence of a better future. 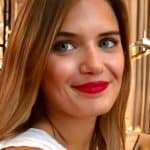